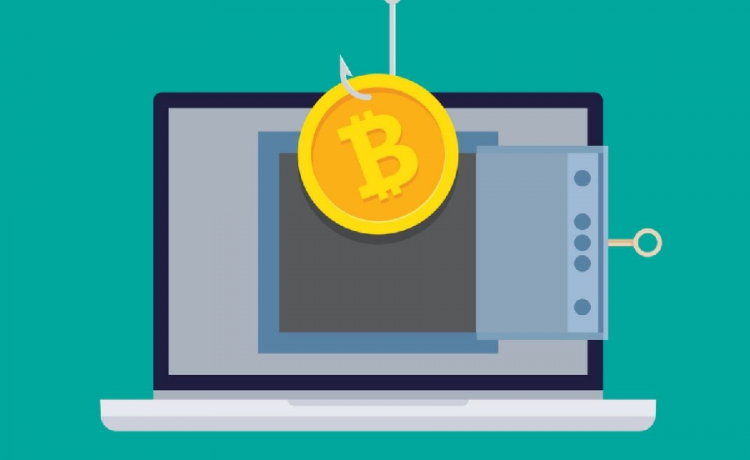 Bitcoin is verified through encrypted transactions that are permanently recorded in a publicly accessible ledger. This news, coupled with the explosive adoption of the underlying technology, block chain, has drawn new customers, investors and entrepreneurs beyond the financial world to the fledgling cryptocurrency. However, Bitcoin’s rapid rise has not only caught the attention of those looking to profit through legitimate means, but it has also led to a new category of Bitcoin scams. A type of financial fraud involving Bitcoin is actively spreading through social networks. Fraudulent campaigns on social networks targeting users such as bank customers, holiday shoppers and mobile gamers have already been spotted. Bitcoin scam recovery is done by contacting the local authorities to recover the money.

Bitcoin has become the payment method of choice for modern scammers. Social media is the primary source of digitally-connected people who are most interested in participating in bitcoin games but also lack the necessary expertise to distinguish between legitimate and illicit offers. Provides access to demographics.

Decentralized: Unlike other currencies, Bitcoin is not controlled by financial institutions or governments. It is precisely the lack of a central authority that makes recovery of losses impossible if fraud is committed in the name of Bitcoin. Once the victim is deceived, the money stops there.

Anonymous: Anyone can open the wallet and start earning and spending Bitcoin without providing any personal information. It is therefore not surprising that Bitcoin is the preferred payment method for digital drug dealers and other online sellers of illicit goods operating in the Internet’s ugly underworld known as the “Dark Web”. profiles hide a user’s real-world identity and provide an additional layer of pseudonymity .

Irreversible: Bitcoin transactions cannot be modified or deleted. This is a feature, not a bug. It is not possible to change records after the fact and create a permanent, incorruptible ledger back to the first transaction. There is no way to recoup your losses once you spend Bitcoin, so it’s easy to participate in the “Send me Bitcoin and I’ll pay you back twice!” scam. As such, Bitcoin is a well-known tool for carrying out ransom ware attacks that have exploded in recent years

Fake Bitcoin wallets to hide malware downloads: Tricking users into clicking on URLs posted on social media is a technique Zero Fox has seen in various attacks. It uses Bitcoin promises to trick users into following a URL and downloading an app containing malware. Fake Bitcoin surveys have also been found to be commonly used to distribute malware, and caution is advised when encountering social media URLs that are shortened or not secured with HTTPS connections.

Spoofing Bitcoin Phishing: Spoofing is prevalent on social media, and branding Bitcoin itself is a tactic that can be used to gain trust and credibility from victims. The phishing website allegedly offers a lookup service that tricks users into entering their private bitcoin key to see if it exists in a database . Once the private key is entered, the crooks can use it directly from the curious Bitcoin holder’s wallet and simply phish.

Bitcoin Flipping Scams: These scams can be offers to instantly exchange bitcoins for money after paying an initial fee, or promises to double your initial investment overnight . The other side of the transaction is never stopped and Bitcoin is instantly stolen. We previously reported on a money wasting scam targeting bank customers. Bank customers using this low-risk tactic also pay off for fraudsters when proliferated.

Bitcoin Pyramid Schemes: These scams are harder to spot than the malicious Bitcoin flipping examples above, but the bottom line is the same. Scammers eventually take away the bitcoins stolen by victims. This proven idea relies on high-yield investment programs and multi-level marketing. These ethically gray systems allow you to double your small initial investment by registering additional members through your referral link. New members are then encouraged to do the same, flash and repeat. Over time, hundreds of victims joined the system.

Do not trust anyone who claims to give you Bitcoin or help you mine Bitcoin. Again, cryptocurrencies are highly prized by cybercriminals for a reason, and bad behaviour associated with Bitcoin is prevalent on social media and digital channels. Avoid URLs linked to social media profiles that promote overly lucrative Bitcoin transactions. Wire transfer fraud recovery is difficult but possible. We have previously reported that gangs involved in real estate fraud are often multinational Be careful when interacting with legitimate Bitcoin brokers and trading platform social media accounts as they are often victims of convincing impersonation. Do not engage in Bitcoin or other financial transactions via direct messages on social networks.