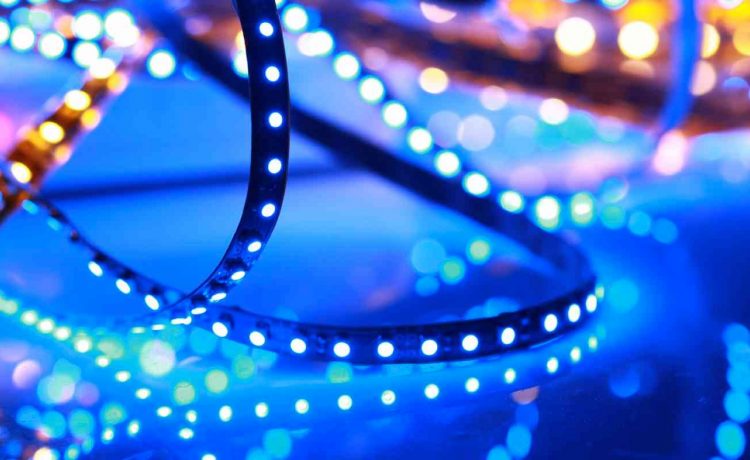 LED lights are all the rage these days, and there’s a good reason behind that. Compared to other lighting options, LED rope lighting offer many benefits and features, including their long lifespan and versatility across many different applications and uses. If you’re not sure where to start with LED lights or how to incorporate them into your life, then this top ten list of uses for LED lights should give you some great ideas. This list includes everything from decorative and fun ways to light up your home to more practical applications that will save you money on your utility bills over time.

What are they and how do they work? : The light-emitting diode (LED) is a semiconductor light source that’s very similar to a standard incandescent bulb. Both types of bulbs use electricity to produce photons, which give off visible light when combined with certain other materials. Most people don’t notice it, but LEDs are around you every day, in devices such as your television or radio remote control. While LEDs were first developed in 1962 by Nick Holonyak Jr., it wasn’t until four decades later that their popularity exploded and they started replacing traditional incandescent bulbs as a viable option for consumers.

Light-emitting diodes (LEDs) are awesome, in that they’re energy-efficient and solid-state. They can also light up like a diode. LED strip lighting is ideal for accent lighting or to create a glowing effect under a cabinet or any other surface you choose. Simply cut to length, peel off the adhesive backing and stick into place. That’s it! It doesn’t get much easier than that! Just be sure to follow the manufacturer’s recommended wattage limits if using multiple strips as well as for instructions from your local electrical authority on proper installation if installing in hard-wired applications such as recessed cans.

Replacing existing lights with LEDs can reduce your monthly electricity bills significantly and make it easier to put more money in your pocket. Installing an LED retrofit kit typically takes less than half an hour and makes your home look brighter, cleaner, and newer. If you have a dimly lit room that you don’t use often, swapping out incandescent or CFL bulbs with energy-efficient LEDs will make it easier to find what you need when you need it – and save you some money while doing so. Changing out just two bulbs in each room of your house could save a fair chunk of cash on utility bills. It might also help brighten up some rooms that were previously dark or unsafe to use at night – like hallways or bathrooms without window light.

The main use of under-cabinet lighting is to brighten up dark spaces in your kitchen, as well as make your work surfaces easier to see. The technology can be used to illuminate other areas of your home too – it’s not just about kitchens! It has long been popular with designers in commercial settings such as hotels and restaurants, where professional-looking products are preferred. If you want a clean-cut look in your kitchen or office then it’s hard to beat simple white LEDs which are super slimline.

One major way in which LEDs are finding their way into our daily lives is in commercial settings. If you work at a restaurant, hotel, shopping mall or other commercial location, chances are good that your property has been retrofitted with modern lighting to be more efficient and cost-effective. One of these lights is known as an LED streetlight. These lights work by using advanced light-emitting diodes to produce bright light with little waste heat. LEDs have a long lifespan and many can last upwards of fifty thousand hours before they need replacement. LED choice guides can be a great resource when it comes to finding the right selection for you.