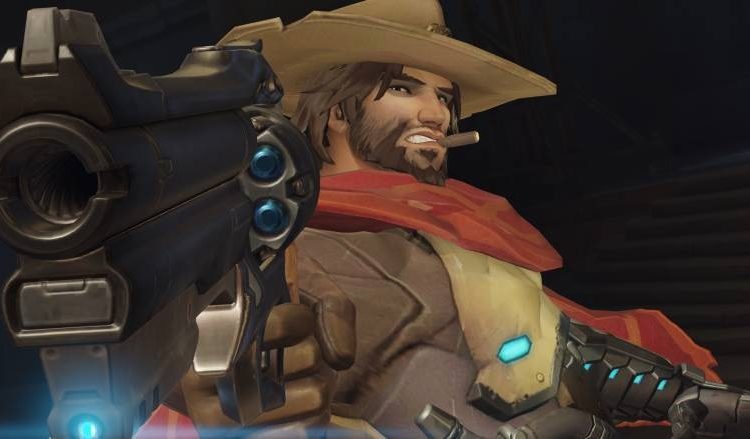 Hitscan is not easy in every possible game, and Overwatch hitscan heroes are not an exception. But let’s be honest, nothing about the shooting is simple in Overwatch, developers created an awesome physics that must be considered when you are playing this game. Any projectile, starting from Junkrat’s grenades to Sigma’s Hyperspheres is affected by many many options in this game. Game creators are offering a great variety of heroes, each of which holds a unique and interesting weapon to use. The few recent heroes – Ashe and Sigma, have both different fire types.

Sigma is shooting projectiles with both attacks, while Ashe is a hitscan hero. This whole article would be dedicated to the hitscan heroes and I will teach you the best way to improve your aim and how you need to practice to enhance your shooting skills in Overwatch.

We will start from the simple and then dive deep into the depths of theorycratfing. HitScan is such a type of weapon (and even heroes, but there are some exceptions, like Ana) in Overwatch which bullets will immediately reach the target, as soon as you have pulled the trigger. Heroes like Pharah is firing large missiles that require some time to reach the target – this type of attack is a projectile-based weapon. While heroes like Widowmaker, Soldier, McCree, Tracer, Bastion, Symmetra and many other weapons do damage instantly as soon as you pulled a trigger. With such type of weapon you have no need in the prediction of enemy moves, after all, your bullets have no travel time, so if there will no be a target in the crosshair – you will miss.

The difference between these two weapons is huge, each of them requires different aiming stiles. In Overwatch, as in other FPS shooters, you could easily highlight two basic aiming techniques – “”Tracking“” and “”Flicking“”. Some of the heroes in Overwatch demands only one aiming style, while others could successfully use any of them. Look at Tracer and her Pulse Guns, they are in the fully-automated mode, which means that you need to hold the trigger and track the enemy in your sight for the entire shooting duration to reach the maximum efforts from your attack. While McCree’s PeaceKeeper shoots individual shoots, and if you are maining this guy you have no need in continuously tracking your opponents. You need just to determine the perfect moment and then aim to the weakest point of the enemy (if you are professional, otherwise, a simple body shot will be more than enough) and then one time click the attack button.

So as you could see, Tracer, Soldier and similar heroes could use only tracking style of aiming, while McCree, Widowmaker could efficiently use both of them. The best result could be achieved only if you master both of these aiming styles, then you will probably reach incredible heights if you will be interested in such matters like a boost in Overwatch.